Wedding Season! Spend or Save? 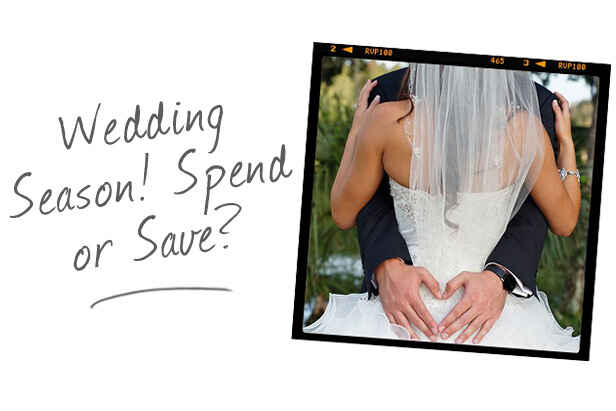 It’s official wedding season is upon us! But are we really a nation of purse pinchers when it comes to weddings? It does seem that way!


Forget the notion of celebrating the happy couple, it seems the average Brit can’t see past what it’s going to cost them to attend the nuptials of their nearest and dearest.


Factoring in hen and stag parties, new outfits, travel, hotels and of course a meaningful gift, the average cost for guests attending weddings in the UK is now a pricey £377*. If you’re popular and shell this out for three engaged friends this Summer, you’re looking at an hefty £2,262 for you and your plus one ‘ more than the average monthly salary.


A new survey out today concludes that we’re watching the pennies so closely that we’ll go to great extremes to RSVP ‘no’ to those invitations coming through the post. So much so that one in five of those surveyed, openly admitted to avoiding weddings altogether ‘ some for up to four years – for fear of the dreaded cost of being someone’s wedding guest.


Almost 50 per cent of those asked added that they think all weddings should be local to the couple so that guests don’t have to travel at all ‘ a trend that’s luckily returning with 68 per cent of those surveyed saying they spent less than £50 getting to the last wedding they attended.


Shockingly, 57 per cent said they had spent less than £50 for an outfit for the last wedding they attended and 78 per cent had spent even less than that on hair and makeup.


Surprisingly however we’re a nation of perfume lovers, with 66 per cent purchasing a new fragrance especially for a wedding they would be attending. If travelling, smelling great and getting ready for the big event weren’t costly enough for us bargain hunting Brits, 48 per cent of those asked said they ‘hated’ being told to buy from a registry as they’re limited by price and of these gift list loathers 30 per cent much prefer to just give cash in an envelope and literally count the pennies for their gift.


Worse still, of those surveyed more than half admitted to spending less than £25 on the wedding gift for the last ceremony they actually made the effort to attend ‘ straying from age old wedding etiquette that says guests should spend approximately the same amount on their gift for the couple as the couple spend on them at the wedding breakfast.


In an ideal world where money was no object, we would all attend the weddings of our friends and family in designer dresses and suits and would buy the most expensive item on the gift list ‘ and while we’re dreaming those surveyed voted that their perfect wedding dates are Gerard Butler – with David Beckham coming a close second. Coincidentally his wife Mrs. Beckham was rated as the least favourite lady to take as a date with Jennifer Anniston coming up top to have on your arm – newly married Michelle Keegan came a close second. Shockingly, Harry Styles came bottom of guys women would want as a date.


The poll of 2,487 adults was conducted last month across the country.


Let us know what you think in the comments below?