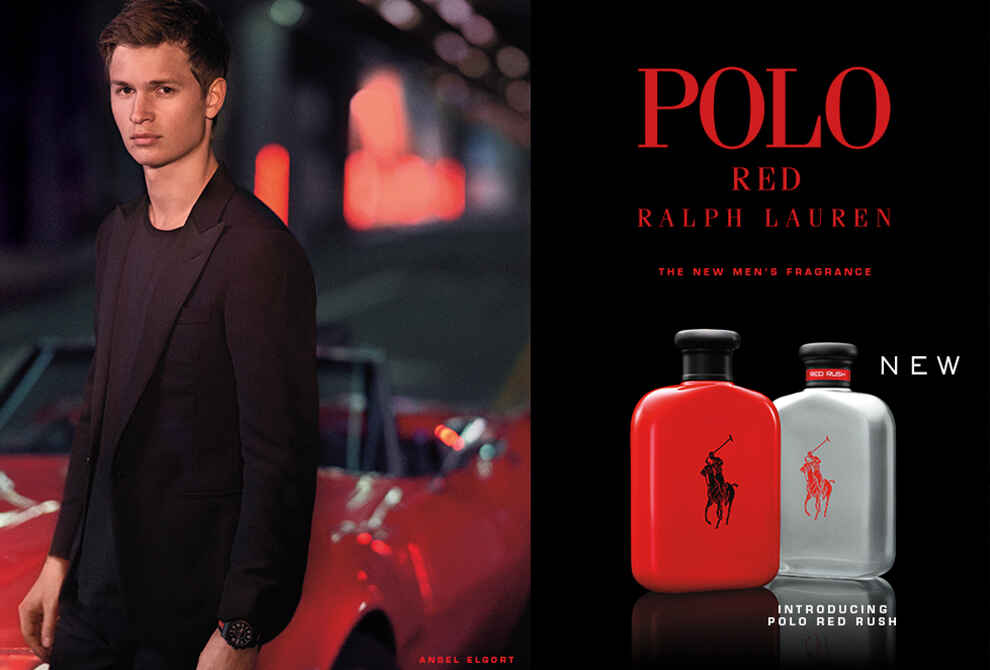 Ralph Lauren have launched their newest fragrance RED RUSH and to go along with it they have a brand new face revved up, Ansel Elgort.


If you don’t know Ansel Elgort, he’s an actor/musician/DJ, who received a Golden Globe for his starring role in 2017 “Baby Driver”. Ralph Lauren wanted to cast people who embody “the individual personality of each fragrance” and see Elgort as the perfect person to reach the Millennial men.

With Polo Red Rush, Ralph Lauren have created a fragrance that is bound to bring in new customers to the brand. Infused with Red Mandarin, Fresh Mint, and Red Coffee it is fine-tuned with Cedar Wood that gives a beautiful interpretation on the original Polo Red Scent which was launched back in 2013.

For the launch of Red Rush, the new campaign video is set in Los Angeles, featuring Elgort and model Alanna Arrington, who portrays a DJ and Elgort’s love interest. After meeting in a club, the two race to the desert, where they jump off a cliff. Elgort, who was a co-collaborator on the storyline, said the decision to jump off a cliff was inspired by his girlfriend, ballerina Violetta Komyshan, who “would also be the first one to jump off a cliff”.

Elgort’s single “Home Alone” serves as the soundtrack for the video, which also draws on his newfound love for vintage cars. Having grown up in Manhattan, he learned to drive in the Hamptons. Elgort, whose aunt is a former Ralph Lauren model, said he started wearing cologne every day in middle school, in hopes of meeting girls.

Polo Red Rush is the fragrance for the modern man, featuring bold, fresh top notes of crisp apple and mandarin. The top notes are complimented by punchy spearmint middle notes which energise and invigorate. Base notes of cedar wood and musk then complete the clean and modern dry down. Red Rush is a versatile addition to any fragrance wardrobe!