The Christmas Number One 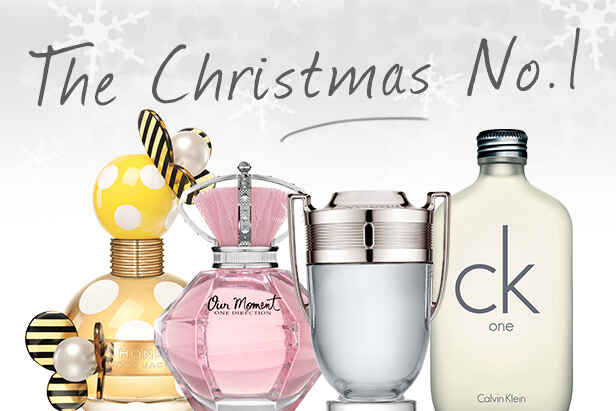 You know how popstars battle for the coveted Christmas Number One spot in the charts? Well if you didn’t already know, fragrances do that too. Yes, really! Or at least they do here at Fragrance Direct. And like the UK charts, we want our lovely Fragrance Direct customers to vote for their favourite fragrance!

We’ve narrowed it down to four fragrances, two for the ladies and two for the gentlemen. We’ve taken into account our biggest releases of 2013, our best sellers and those scents that people have just been raving about to bring you the ultimate Fragrance Direct chart list! So which one is going to make it to the coveted number one spot? When we first heard about Marc Jacobs Honey back in the summer, we didn’t expect anything less than brilliant and we weren’t left disappointed. Marc Jacobs had mastered it again by combing a fun and unique bottle with a carefree and light fragrance inside. This sweet and warm scent is represented by an adorable polka dot bottle, complete with miniature bee designs. Created by the same perfumer who was responsible for Dot (and what a scent that still is today), Honey is a vibrant and likeable fragrance which isn’t too overpowering. It won’t drown you in essence; it will elegantly bathe your skin in a likeable, everyday scent. Not a surprising contender this Christmas, Paco Rabanne Invictus has confidently stridden into the fragrance game this year. Designed with champions in mind, Invictus has been nothing short of impressive. The stylish trophy design hit a chord with its male audience and transformed it into a fragrance that men would be proud to have in their collection. A successor to 1 Million, Invictus is fresh and aquatic with notes of woods and amber. It’s a highly wearable fragrance for men and one that has been top of their wish lists this Christmas! Love them or hate them, One Direction certainly aren’t stepping off the scene anytime soon, so naturally, they released their first signature fragrance entitled Our Moment. Like their popular singles, Our Moment has become one of the best selling perfumes of 2013. Inspired by their fans, One Direction created an effortlessly feminine fragrance which contains notes of raspberry, fresh fruit and seasonal flowers, creating a warm, sweet and wearable scent for women. This has definitely been a fragrance that has been popular with the younger generation. Calvin Klein CK One is an oldie but a goodie. A classic, unisex fragrance, it would be impossible not to include this scent on the chart list. Sleek and stylish, CK One is an absolute classic. It’s a wearable, everyday fragrance which boasts notes of Jasmine, Rose and Lily Of The Valley. CK One is intensely fresh and inviting and has been a pillar of fragrances since the 90s. We thought it was only fair to allow CK One to have a major comeback and be in with the chance to swoop the number one spot.

Which one would you pick to get to number one in the Fragrance Chart? Let us know by leaving a comment below!