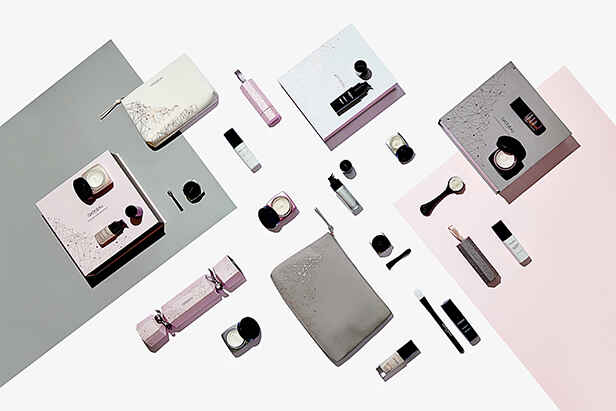 ‘If one had to choose one of the most inspiring stories in the history of French cosmetics’it would certainly be that of Jeanne Gatineau’-Les Nouvelles Esthetiques.

Gatineau, before being the name of a famous cosmetics brand, was first and foremost the name of a woman, Jeanne Gatineau, who started her career with a small treatment room in her apartment in 1930s Paris. Word of her results-driven, innovative facial techniques spread fast, and she quickly became a famed facial therapist across the city and beyond. Responding to demand, she soon opened her own international training Institutes in Paris, Casablanca, Antwerp and Milan.

After many years treating and observing the skin, Gatineau took what she had learned and worked with dermatologists and biochemists to create the skincare range of the future, pioneering movements in the cosmetic industry.

Discover the breakthrough innovations that you never knew came from Jeanne Gatineau:

1935 ‘
As many of us now know our skin has a specific pH, a layer of water and oil, which acts as our ‘defence shield’ however products containing soap or detergent will strip this shield and cause dryness, tightness and redness, and in turn premature ageing.
All the way back in 1935 Jeanne Gatineau was the first to recognise this, and pioneer the industry’s very first soap-free cleanser. To this day the Gatineau Gentle Silk Cleansing Milk, enriched with Silk, Cotton and Sweet Almond Oil proves to be one of the best-selling Gatineau products.

1935 ‘
At the same time Jeanne Gatineau recognised the damage that was being done to the epidermis by alcohol-based toners which sucked the moisture out of the skin. So alongside her soap-free cleanser she also launched the industry’s very first alcohol-free toner, loading it with skin-replenishing and skin-restoring ingredients.
Now with a further enhanced formulation, the Gatineau Gentle Silk Toner is a crucial step in every skincare regimen, designed to put the hydration back in the skin with Silk Extract, Cotton, and Conditioning Agents

1949 ‘
‘Applying product to un-exfoliated skin is about as effective as trying to drink a bottle of water without taking the lid off!’ This is something Jeanne Gatineau discovered in 1949, and quickly introduced the industry’s first ever exfoliator ‘ Peeling BeautÃ‡Â¸.
Ever since Gatineau has been a trailblazer in this arena! The Vitamin C-enriched balm-to-oil Radiance Enhancing Gommage has been described by customers as ‘witchcraft’ for its ability to instantly reveal fresh glowing skin.

1966 ‘
After incredible success with facial skincare products, Jeanne Gatineau turned her focus to the body an in 1966 launched the instant best-seller, Cou Jeune, a firming and lifting gel for the neck and dÃ‡Â¸colletÃ‡Â¸. A recent study found that French women over 40 look on average 3.4 years younger than us Brits ‘ and now you know why! With further technological advances to the formula over the years, Gatineau is now proud to present the Strategie Jeunesse Firming Throat Gel, for a smooth, line-free & lifted dÃ‡Â¸colletÃ‡Â¸ and neck area.

2012 ‘
With constant research and development Gatineau Laboratories continued to innovate in to the new millennium, exposing pollution as the major contributor to skin destruction. ‘Urban-aging’ is a buzz word of 2017, but back in 2012 Gatineau had already launched the patented MÃ‡Â¸latogÃ‡Â¸nine’½ Range, designed specifically to counteract the damage pollution was having to the skin, providing a 100% physical and biological skin shield.


Madame Jeanne Gatineau was a true pioneer who created a high-performance brand renowned for breakthrough innovation and unrivalled skincare expertise ‘ a philosophy that continues to this day, 85 years later, with targeted formulations and know-how that have stood the test of time.