The History of Calvin Klein 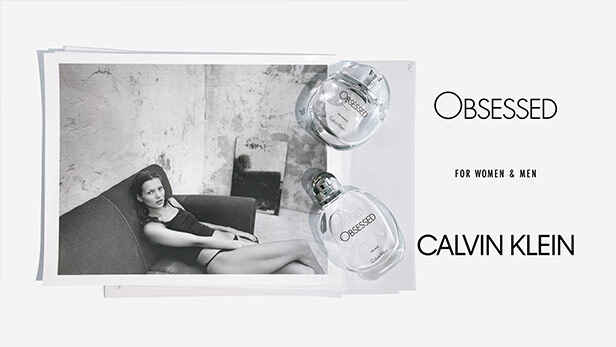 Calvin Klein is one of the most popular brands here at Fragrance Direct and it’s easy to see why. With iconic fragrances and brand new launches Calvin Klein offers some of the best scents around. But how much do we know about the legend that is Calvin Klein and the history of the brand that we all know and love’

Calvin Klein graduated from the High School of Industrial Arts in 1960 and started his fashion training at the Fashion Institute of Technology. His first job in Fashion was at WWD in the art department in 1961. He graduated in January 1963 from FIT with a Fine Arts degree and went on to get a job at a company specialising in making dresses. After 3 months, Klein asked for a $100 raise, when this was declined he quit.

After this he took on a role at a coat manufacturer Dan Millstein, working as a sketcher. Klein said, ‘I learned a lot, because it threw me into the snake pit.’ Millstein took Klein to the Paris haute couture shows, using Klein to copy the clothes they saw at the shows. Despite attending the Paris shows, Millstein was a volatile and difficult boss and Klein soon left.

Along with another of his colleagues from Millstein, Abe Morenstein, they decided to set up their own business. Morenstein worked out that they needed $25,000 to set up the business properly. They both tried and failed to raise the capital and after many attempts one of Klein’s childhood friends Barry Schwartz gave them $2,000, enough to make samples.

After creating a collection with Klein, Morenstein wanted to incorporate a company and become official partners. But Klein, then 25, had already incorporated a company, Calvin Klein Ltd, using Barry Schwartz as partner. Morenstein and Klein didn’t speak again for 24 years. The Brand
Klein’s first stockist was by complete luck. Donald O’Brien, then vice president of Bonwit Tellerm was on his way to a different appointment when he saw one of Klein’s coats handing on his studio door and made an impromptu visit. O’Brien then invited Mildred Custin, who Klein called the ‘grand dame of the retail world’.

Custin made a sizeable order and doors continued to open after this. Soon Bergdorf Goodman and Saks placed orders, leaving Calvin Klein Ltd to gross a million dollars in its first year.

This success led Klein to hold his first fashion show in April 1970. It was deemed a huge success with WWD saying ‘In just 50 pieces, Calvin Klein joins Seventh Avenue’s biggest names as a designer to watch’.

In 1973, Calvin Klein won his first Coty American Fashion Critics award. And then won it again the year after. By 1975, revenues were at $17 million and Klein had been voted into the Coty Hall of Fame. At 33, he was the youngest designer to achieve this. 
Although Klein’s first fragrance was a success, it wasn’t until he launched Obsession in 1985 that he became known for his fragrances. Klein said in a WWD feature in 1985 that Obsession was ‘the most important thing we’ve ever done’. He said that ‘The name Obsession is big, like a movie poster for this era, I think of everything I’ve ever done, how obsessed I was. Everyone is obsessed in the ’80s. and of course the name suggests an obsession with someone. A man obsessed with a woman.’ Spending $13 million on advertising, the largest amount they’d ever spent, meant the fragrance was an immediate success. And the rest is history…